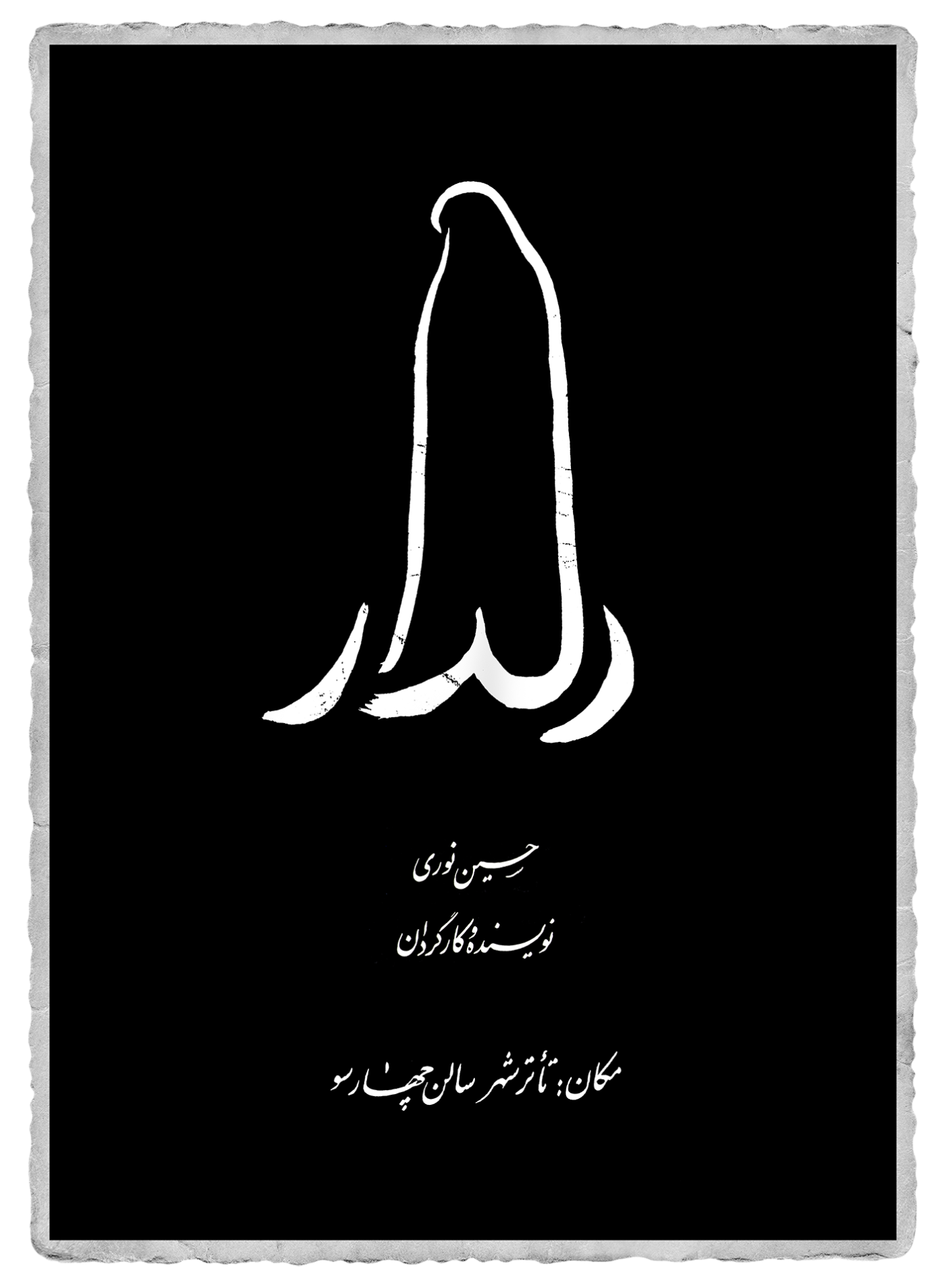 Nuri wrote and staged Beloved in 1981. It was awarded in Fajr Theater Festival of the same year.

Beloved is a one-person play. Although two characters are visible on the stage, the monologue is entirely performed by The Whisperer, the main role. The other character is a mysterious silent person under a long white veil who refuses to answer the questions of the whisperer. Beloved is the tale of human’s solitude in the realm of his own being. The whisperer, in his inner quest, falls in love with multiples beloveds whom he assumes are under the veil. He tries to familiarize the unfamiliar situation by using his past experiences and tends to think of a familiar beloved based on his perceptions. In this quarrel between the lover and the beloved, the whisperer confronts the veils of his own thought.