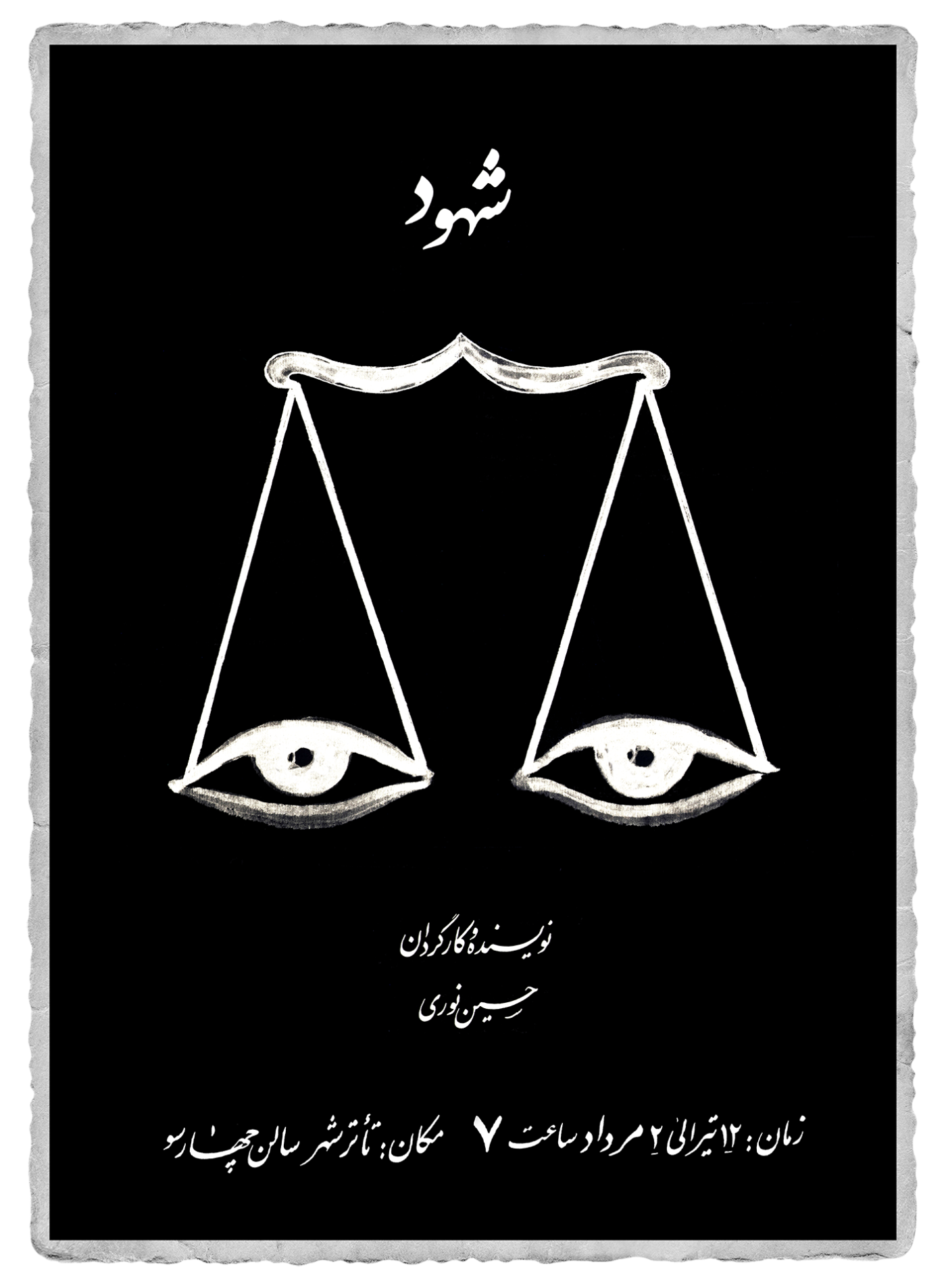 Intuition is a play written by Nuri in 1983. He staged the piece in 1994 and the play was awarded at Fajr Theater Festival which is Iran’s most famous theatrical event.

Intuition has a realistic outward and an imaginary inward. As the borders of inside and outside and fact and fiction are dissolved, immaterial forces turn into their personified manifestations. In their complicated and mysterious conflict, each of the characters demonstrating the mindset of a lonely man attend an intuitive court and use reason, logic, and philosophy to acquit themselves and accuse others. The main characters are Body and Will but the rest of characters including Conscience, Desire, and Intellect are performed by the same two actors.